Josh Parsons is a public servant who has served as an Army infantry officer,
prosecutor, no-nonsense fiscal conservative, and take-charge executive.

Josh has delivered on promises to fight crime, reduce debt, and run an efficient
county government that keeps taxes low and sets conditions for businesses to
thrive and create good jobs here.  As a new Commissioner in 2016, Josh together with a new Warden, organized the turnaround operation of the Lancaster County Prison.  He and the Warden engineered solutions, including a game changing program called PrisonStat, which uses data and metrics to hold leaders accountable for results.  Josh is also a founding partner of Joining Forces, the first unified countywide effort to take on the heroin/opioid crisis.  He is a leader in implementing conservative reforms to make government more efficient.  In 2017 Lancaster County lowered its tax rate to 2.91 mills, the third lowest of PA’s 67 counties and the lowest of any large county.  At the same time, the county paid off millions in debt and achieved an increase to its bond rating, which reversed declines.

During a term as Clerk of Courts Josh created and championed a five-point plan for efficiency to eliminate huge and costly criminal case backlogs.  During his term the criminal court system went from 24.3% of cases over a year old in 2011 to 6.5% in 2015, saving taxpayers millions of dollars.  He also led a successful effort to use civil judgments to recover $2.5 million owed to taxpayers by convicted criminals who had failed to pay fines and restitution.

In the District Attorney’s Office Josh earned a reputation as a tough prosecutor. He worked on thousands of criminal cases, including homicides, and was the DA’s representative to the Special Emergency Response Team.  Skilled in the courtroom, Josh has taught as an instructor for Trial Advocacy class at the Penn State Dickinson School of Law for the last decade.  He explored new ways to stop recidivism as a founding member of the Lancaster County Veterans Court team, which provides a second chance to veterans in trouble with the law.

Josh is also a former soldier.  The Army reinforced the values he learned growing up here in Lancaster County – integrity, responsibility, and service.  He served as a Rifle Platoon Leader, Executive Officer, and primary staff officer for a battalion of 870 soldiers.  Among his many decorations are the Expert Infantryman’s Badge and the Army Parachutist Badge – awarded for becoming an Army paratrooper.

Josh understands the value of hard work and education: he had many jobs growing up, including as a janitor, and earned scholarships along the way.  He is a graduate of the Penn State Dickinson School of Law, where he earned a full merit scholarship and the University of Delaware, where he earned an Army ROTC scholarship.  Josh has also completed Harvard University’s Driving Government Performance: Leadership Strategies that Produce Results, a program for senior leaders in the public sector.

Josh and his wife feel blessed to live, work, and raise their three children in Lancaster County. 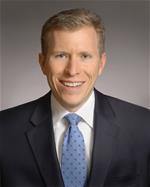