You may send mail via the United States Postal Service to any Lancaster County Prison inmate. The mail cannot include items such as cash, newspaper clippings, or photo copies. All mail is searched for unauthorized items prior to the inmate receiving it. You may not drop off any correspondence to inmates - it must go through the mail.

Address mail to inmates as follows:

NOTICE:
Incoming envelopes will be discarded in the mail room and will not be taken to the blocks. Anyone who wants to ensure the return address gets to the inmate must write the address on the letter itself. The return address is still required on the envelope.

Greeting cards of any kind will no longer be accepted by Lancaster County Prison unless they are directly shipped from an approved vendor of Lancaster County Prison. This decision has been made due to the recent issues across the state of Pennsylvania that pertain to drugs and other contraband entering correctional facilities via the mail.

Any cards that come via the mail and are not from the approved vendor will be marked “cards not accepted” and sent back to the return address listed on the envelope.

The approved vendor is below:

Inmates are allowed to make collect calls from the institution during regular block out hours. They cannot receive calls or make three way calls.  Please click below to set up an account with Securus Technologies. 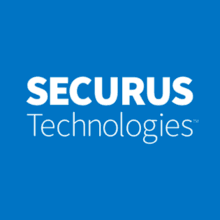 In the event of the death or illness of an inmate family member, you may contact the Lancaster County Prison Chaplain’s Office directly at 717-295-2089. Please have the following information ready:

Work release inmates may be authorized by the work release administrator. For information, contact the Lancaster County Prison Work Release Office at 717-299-7808.